We have for the last 10 years, watched as the prices for Big Five animals jumped by 10%; then by 15%, and now prices are often double and more what they were a short 10 or 12 years ago. It is supply and demand- demand far outstrips the very limited supply, especially for lion and rhino. It is a bit better with buff, where the price has only doubled!! But lion and rhino- has gone ballistic.  A good male lion hunt has blown up into the $40,000 to almost $60,000 range in some places! Rhino is even worse with free range rhino into the high $80,000 range and even more for giants! 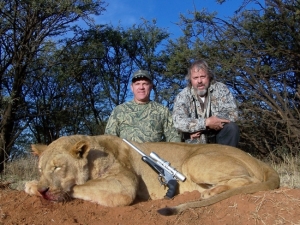 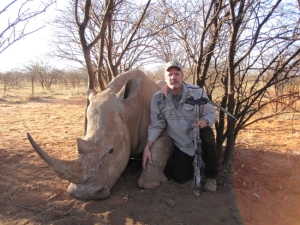 As hunters ourselves, we gave up all hope of ever taking the Big Five. It is not just the money, it is justifying the cost versus the enjoyment – and we could not make it justify itself- at least to us! Then we started looking around at high fence Big Five hunts. After lots of soul searching, for myself at least, I concluded I would consider a high fence hunt for Rhino or lion, as it was that or nothing!  Then along came a spate of video from the internet showing hunters being charged, knocked down and mauled on those fenced cat hunts. Pretty awesome stuff! Then a close personal hunting friend, and one of the finest PH’s I know, got into a discussion with me about fenced lion hunts. He confessed to me that far more than cape buffalo or the rest of the free ranging Big Five, the fenced lion were what he actually dreaded. Because they have very little or no natural fear of man, they are very likely to come for you, in his experience. He said, they are the only animal that made his palms sweat! After that, for me at least, I felt relatively comfortable with such a hunt.

In our efforts to find some way to bring down the cost, we finally found this operation and PH. All hunts are spot and stalk. No baited hunts. He hunts the lion/rhino on a 3000 acre enclosure, being roughly a 4.5 square mile area. That is large enough to make it a serious search in brush and heavy cover – the element of true danger is certainly there. To add a bunch of spice to the lion hunts, he may have some Rhino’s running around in there as well. He was also just attacked and bitten by a lion!! When asked if anyone had ever voiced a complaint about the experiences there, the PH replied:

“We have hunted many lions on this concession, and I have never had a complaint

from any hunter. We always hunt on foot and I think most hunters have been too scared,

with the lions and all the rhinos around, to worry or complain! Heavy cover adds excitement! ”

Another client of ours said this: “ This PH is a wonderful fellow who does everything for his clients. He is as good as anyone I have ever hunted with in Africa, and better than many! Good food, good lodging, great staff, great hunt- both my wife and I took lion charges! No worries here! He is superb in all respects.” Herb

The price of the lioness hunt is an incredible one. 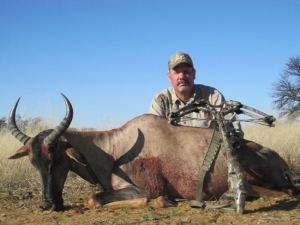 This PH also offers excellent plains game hunts at extremely fair prices – arguably some of the best pricing in South Africa. He currently is offering this bargain:

6 DAYS including DAY OF ARRIVAL, then 4 DAYS HUNTING, then the DAY OF DEPARTURE.
ANIMALS INCLUDED:  GEMSBUCK , BLESBUCK , SPRINGBUCK , IMPALA AND CHOSE ONE OF THESE THREE:  BLUE OR BLACK WILDEBEEST OR RED HARTEBEEST. Only $3900!!!

All luggage, domestic and international, is now being screened in South African airports. Screeners are finding ammunition in checked bags that is incorrectly packed and are forcing passengers to remove it from their bags, which is causing all kinds of havoc.

All ammunition must now be packed and transported in a locked ammo box. BE SURE TO HAVE A NAME TAG ON YOUR AMMO, AS ONCE REMOVED FROM YOUR LUGGAGE IT GOES AS A SEPARTE PIECE OF LUGGAGE!

A manufacturer’s carton is no longer sufficient. Remember that there is also a limit of five kilograms of ammo per passenger. That includes the weight of your ammo box. FORTY TO SIXTY ROUNDS IS FINE- WE TAKE 40. And don’t forget to declare your ammo at check-in.  If you put it in your luggage, you will be told TO REMOVE IT. US Airlines want ammo in your luggage- but not SAA. Unclear if they will let you put it with your rifle- probably not! So pray your ammo finds its way to your destination- BE SURE IT HAS A LUGGAGE HANDLERS DESTINATION TAG AFFIXED TO IT- THE PAPER ONE THAT IS ATTACHED TO ALL CHECKED LUGGAGE! Butch.

Hi Butch! This PH and his father Kobus and the apprentice PH Aube are a first class act in all ways. I hunted Lion in Botswana unsuccessfully for 18 days before I hunted with him. In just a few days with him I took 9 trophies including my lion. He is an excellent judge of game as well. He was off by only .5 of an inch on two of the horned trophies. You cannot go wrong with sending your clients to him. Please feel free to use me as a reference.
Cheers, Tim Roulston