As you can see from the view above, this is not exactly roughing it on Safari! This game ranch is located in Zululand, in Kwa Zulu Natal, about a 4 hour road trip from Durban in South Africa. Pickup is free as is your return. Lodging is very comfortable, food is top notch, laundry is done daily and baths are en suite of course. This PH hunts approximately 22,000 acres behind estate fencing. This equates to over 34 square miles of ground- a big area. 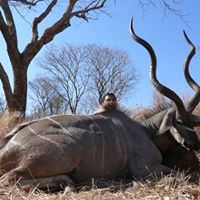 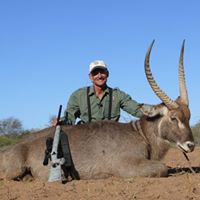 BACKGROUND: Most of us, during our high school history lessons, learned a bit about the famed Zulu Nation and its magnificent warriors- men whose first rite of initiation into manhood meant they, took a naked spear to face down and kill a lion! The Zulu are and were a proud nation. Thus KwaZulu-Natal is a land full of game and history and much bloodshed has fallen on its sands over the last several centuries. We think an understanding of Kwa Zulu Natals history will add quality to your safari, so here in brief. is that history.

The first European settlers, mostly British, established Port Natal, a trading post. They made almost no attempt to develop the interior, whose inhabitants had been decimated by the Zulu chief Shaka (Chaka). The Afrikaner Voortrekkers entered the area via the Drakensberg passes in 1837, much like our own western settlers penetrated the Indian strongholds of our own USA.

These Afrikaners defeated the Zulus at the Battle of Blood River in 1838 and thereafter established the Republic of Natal. Thus, the territory was once part of a short-lived Boer republic between 1839 and 1843 until its annexation by Britain. Many Afrikaner inhabitants left for the interior after the annexation and were replaced by immigrants, mainly from Britain. From 1860 onward, increasing numbers of Indians were brought in by the British mainly to work in the sugar plantations on the coast. The colony acquired Zululand (the area north of the Tugela River) after the Zulu War of 1879. 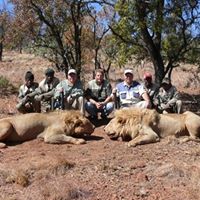 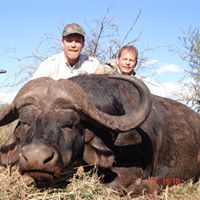 The lands north of the Buffalo River were added in 1902. Boer forces entered the area during the South African War (1899 to 1902) – also known as the second Boer War – and laid siege to Ladysmith. They failed to build on their initial advantage and for three months the line between the opposing forces followed the course of the Tugela River. In 1910, the colony became a province of the Union of South Africa and in 1961 of the Republic of South Africa.
When the homeland of KwaZulu, which means “Place of the Zulu” was re-incorporated into the Natal province after the end of apartheid in 1994, the province of Natal, which had existed between 1910 and 1994, was renamed KwaZulu-Natal. The province is home to the Zulu monarchy; the majority population and language of the province is Zulu. It is the only province in South Africa that has the name of its dominant ethnic group as part of its name. 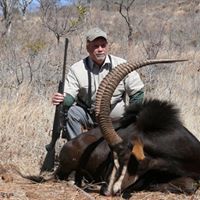 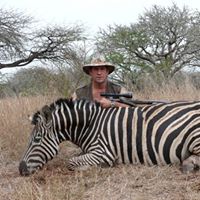 KWAZULU NATAL HUNTING
This is an area known for years as one of the more traditional hunting areas. Here lives a vast variety of plains game to hunt. This Professional hunter in his concessions, has very good quality Eland, Kudu, Blue Wildebeest, Red Hartebeest, Impala, Warthog, Blesbuck, Zebra, Bushbuck, Common Reedbuck, Mountain Reedbuck, Nyala, and also Giraffe. They also have the smaller game such as Steenbuck, Common Duiker and nocturnal animals such as bush pig and brown hyena.
He also has 2 other concessions about a 40 minute drive from his main camp. In those he does Elephant, Hippo and Buffalo Safaris.

His accommodations consists of 5 luxury Safari Tents , each with its own en suite bathrooms.. Laundry is done daily and you will enjoy the fine meals served and often prepared from local game. Eland for example is incredibly tasty.
Daily rates and hunting packages all include accommodation s, all meals, bottled water, soft drinks and a cash bar.
They have solar power running this camp, and have limited cell phone reception – but no television.!
This area caters to both the experienced hunter and the 1st time Africa hunter. The big open plains of this area provides for the perfect walk and stalk hunt. You are driven to the hunting area, or around the area in safari trucks. When game or tracks are seen, a stalk is planned. Shots are normally off of tall shooting sticks, so do some practice at home with such a set-up. 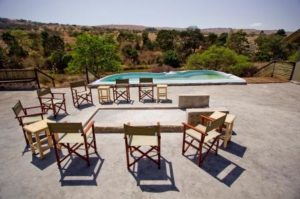 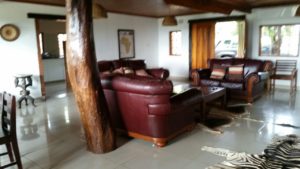 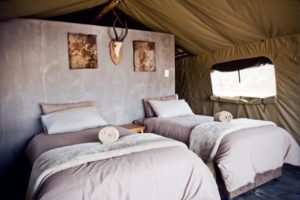